This post is provided in spirit of those DMCA exceptions.  Specifically, this post (and follow-on posts) provide insight into technical details as to how pacemaker systems work and some of the cybersecurity challenges manufacturers face when implementing these systems.  When this document references “pacemaker systems”, we are referring to pacemakers, Implantable Cardioverter Defibrillators (ICD), Pulse Generators, and Cardiac Rhythm Management (CRM).  Surprisingly, the architecture and even technical implementation of pacemaker systems across manufacturers is very similar.  We suspect that some of this similarity is due to the technical restraints associated with implanted technologies.  Other similarities, however, indicate that there is some cross-pollination between pacemaker manufacturers.  Given the similarities between systems, we hope that pacemaker manufacturers work together to share innovative cyber security designs and compete on user experience and health benefits as opposed to competing on cybersecurity.

Discussions associated with the cybersecurity of pacemaker systems can be an emotionally charged topic.  Our approach is to keep this discussion focused on technical data (“more research, less drama”), but we hope this data is used to spur civilized discussions about how we can improve implantable medical device cybersecurity.  When possible, technical data is presented in a vendor neutral manner.  A document describing our research has been provided to the NH-ISAC, you can find that document here.  In the spirit of coordinated disclosure, any potential vulnerabilities discovered during this project was/will be reported through DHS ICS-CERT.  Specific vulnerabilities, weaknesses associated with specific vendors, and exploits will not be discussed in these blogposts.

Pacemaker systems are no exception.  For this project, we acquired pacemaker programmers, home monitors, and pacemaker devices made by four different manufacturers.  These devices are supposed to be “controlled”, as in they are supposed to be returned to the manufacturer after use by a hospital, but all manufacturers have devices that are available on auction websites.  Programmers can cost anywhere from $500-$3000, home monitoring equipment from $15-$300, and pacemaker devices $200-$3000.

As seen in other medical device verticals (https://ics-cert.us-cert.gov/advisories/ICSMA-16-089-01), keeping devices fully patched and updated continues to be a challenge.  Despite efforts from the FDA to streamline routine cybersecurity updates, all programmers we examined had outdated software with known vulnerabilities.  Across the 4 programmers built by 4 different vendors, we discovered over 8,000 vulnerabilities associated with outdated libraries and software in pacemaker programmers.

We believe that this statistic shows that the pacemaker ecosystem has some serious challenges when it comes to keeping systems up-to-date.  No one vendor really stood out as having a better/worse update story when compared to their competitors.  In two instances, we were able to confirm that patient data was stored unencrypted on the programmer.  In one instance, we discovered actual unencrypted patient data (SSNs, names, phone numbers, medical data…etc) on a pacemaker programmer.  The patient data belonged to a well-known hospital on the east coast and has been reported to the appropriate agency.  These types of issues highlight the need for strong device disposal policies from hospitals.

Pacemaker programmers represent a significant part of the pacemaker ecosystem.  From a security research perspective, access to programmers can be extremely helpful in understanding how pacemaker systems work.  In the next part, we’ll talk about the home monitoring systems and how they work. 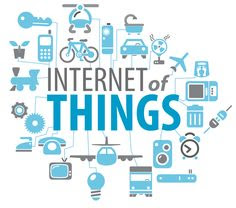 We’re proud to announce that we’ve been awarded funding through Department of Homeland Security Silicon Valley Innovation Program.  The security of IoT is a concern for organizations in many different industries; we’re excited and happy to do our part to help solve this problem at scale.  Over the last five years, we’ve looked at a variety of IoT and embedded devices.  The fragmentation of processor architectures, hardware components, and real-time operating systems introduces some real challenges to making security impact at scale for IoT.  One common denominator amongst many of the IoT devices we’ve seen is the usage of wireless protocols (specifically 802.11), so we’re focusing on the technology that will allow us to impact the widest range of devices.  We’re excited at the chance to show off our prototypes and research over the next few months,  but first we wanted to mention the Silicon Valley Innovation Program itself.

The Silicon Valley Innovation Program, conceived and operated by the DHS Science and Technology Directorate, is pretty special.  Working with the federal government can be daunting, especially for startups.  The Silicon Valley Innovation Program is trying to change that.  They’re specifically interested in engaging start-ups, incubators, and those organizations who typically don’t work with government.  If you are an IoT startup or cyber security startup with some IoT skills, you should definitely take a look at the program!  You can find a link to the IoT security challenge here and you can learn more about the Silicon Valley Innovation program here.
Posted by Billy (BK) Rios at 9:31 AM No comments: 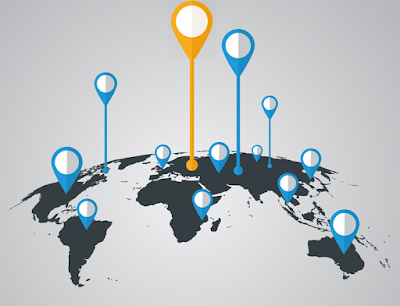 Here at WhiteScope, we periodically scour the Internet in search of exposed buildings.  We make use of a variety of data sources (including Shodan and Scans.io) for our initial enumeration.  We're excited to see how the newly launched Censys is going to change the Internet enumeration game! While these enumeration services are invaluable in the detection in devices on the Internet, these services only provide so much data specific to building automation devices.  To supplement the great work done by these enumeration services, we've developed a custom set of enumeration tools which utilizes Shodan and Scans.io data and provides us additional information related to buildings on the Internet.  For example, instead of knowing there is a building at IP address 1.1.1.1, we now know that there is a bank branch or a hospital at 1.1.1.1.  In partnership with QED Secure Solutions, we're making some of the data we've captured available in this report.  We plan on releasing a similar report twice a year, once in April and again in October.  We hope you find it informative and useful.